How to recycle used oil? 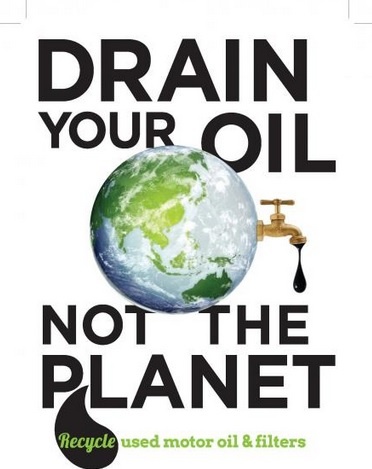 Few people value the recycling of kitchen waste oil. This is very important because it is a pollutant of our seas that is under our responsibility as ordinary citizens. Tell us that the average annual waste of oil per family of 4 members is 18 to 24 liters. From this calculation, we conclude that a large coastal city produces huge amounts of used oil, so the importance of oil recycling also provides the infrastructure.

With the help of its recycling, it is transformed into biodiesel, thus contributing twice to the well-being of the environment and to marine ecology.

If you have not taken the oil recycling measure, it will end up in the sink, thus harming the environment and marine ecology. When it remains floating, it forms a film that prevents the passage of light and the exchange of oxygen between air and sea, affecting marine life, both animal and plant.

Few realize that its effects are very serious and disastrous, as stated in a very popular spam email, which intentionally created confusion between cooking oil, much less harmless, and car engine oil, which is very polluting because it contains heavy metals.

I believe that every man in this world has reached the point where he had to throw away the cooking oil and, eenvidt, it is not recommended to throw it in the drain, because it is very polluting, how to recycle used oil? We explain.

Recycled oil is only kept in bottles or mugs, and when you get a large enough amount, you need to take it to a clean point, from which there are more and more quantities and located at a smaller distance from the houses.

There are cities where special containers are set up, so those who want to recycle oil do not have to travel, which would be ideal if it were supplied everywhere.

We can also use this oil to prepare, as our mothers and grandmothers did, soap for both washing clothes and personal hygiene. And another way to take advantage of that oil is to make candles for which, in addition, we can add a drop of aromatic essential oil.